Infrastructure for the people of Asia 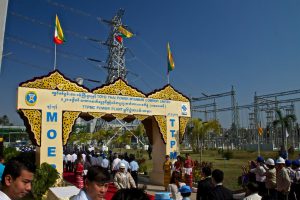 Advisor to the first IPP in Myanmar

ADLcap was the financial advisor to the first IPP project in Myanmar and played a leading role in negotiating and structuring for the development of the 120 MW Gas-fired power plant in Yangon, Myanmar in 2012.

The power plant is located in Ahlone, Yangon, and development took place on the site of an existing and aging 154 MW power plant. Phase 1 commissioning took place in record time and aside from being Myanmar’s first IPP project, it was also an innovative and unique project that remains a great success.

After the investor, an integrated engineering firm, obtained the Memorandum of Agreement from the Ministry of Electric Power, the plant construction commenced in November 2012 and after just five months of construction the first stage of the plant (40MW) was commissioned on April 28th, 2013.

This was later followed by another 40MW in June 2013. Construction was fully completed within the second half of 2014, upon which the plant reached full capacity of 120MW.

An investment was made in 2010 in the leading waste-to-energy (“WTE”) company in Chonqing – CSEG.

Through introducing the European leading grate furnace and emission control technologies in late 1990s (from Martin Gmbh of Germany), CSEG has established one of the biggest stoker manufacturing bases in China.  CSEG is committed to providing investment, waste incineration technology and core equipment, EPC and O&M services for WTE projects by forming a joint venture with the largest WTE company in the U.S. – Covanta.  The first WTE plant invested and constructed by CSEG was successfully put into operation in May 2005 and it has now become the model WTE project for high water content and low calorific value MSW.

In May of 2013 the majority shareholder repurchased the shares at a price of 140% (1.4x of original investment value) leading to an IRR of close to 40% in about 12 months.